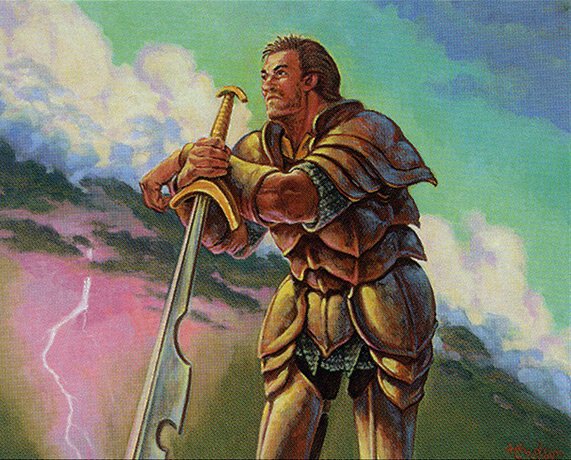 Standstill is an absolute classic Magic the Gathering card. Today it’s a centerpiece in one of Premodern’s best decks; but it has had moments in Vintage, Legacy, Block Constructed and Standard. In this article, I’ll attempt to take a look at Standstill’s role in several formats throughout history. I’ll try to describe how some decks have used it while also attempting to highlight some points of evolution of the different builds.

Throughout the years, multiple decks have tried to abuse Standstill. Some try to get in a quick threat and then play Standstill to secure a source of card advantage while clocking the opponent. Others play it early and use this to develop their board position, leveraging the lack of action by playing reactive spells and threats that do not trigger Standstill, such as manlands.

The first appearance of Standstill in Vintage dates back to January 15, 2003 in the ManaDrain forum. The article in question was titled Gay Fish Primer. The first iterations of the deck were paired against a quite heterogenous gauntlet of netdecks of the day and it showed a very high win-rate. The original version was catalogued a Fish or Aggro-Control deck. It had the fundamental advantage of being able to shift gears during a game, controlling the flow of spells being cast. This was enabled by the use of cheap spells (a lot of them “free”) and small creatures that would gradually reduce an opponent’s life to zero.

In order to find some history for Standstill in Legacy, it’s a good idea to go back to GenCon Indy 2005. It was there where two players with completely different decks got into the Top8.

Played by Raymond Robilland, this UR build has eight manlands and only two creatures to close matchups. Nevinyrral’s Disk is used to reset problematic boards and the deck has a Wasteland plus Crucible of Worlds recursion engine that probably wrecked some decks.

Played by Zvi Mowshowitz, this UW deck uses seven manlands, two Eternal Dragons and two Decree of Justice as win conditions. The Eternal Dragon enables the deck to operate efficiently by finding critical land drops in the early game. The deck also abuses cycling with Standstill. It seems very possible that the version of UW Standstill being played in premodern is derived from Mowshowitz’s build.

Both of these decks are quite different from the Vintage Fish deck that we reviewed previously. These decks are clearly control decks, with some tap-out for board control and attempting to extend into the lategame were cards like Decree of Justice really shine. Also, there’s a land destruction theme in both decks by abusing Crucible of Worlds and Wasteland. This engine, allows the control player to amass a huge advantage when starting to get to the lategame while keeping their Standstill intact. The UW version, even features one Dustbowl on top of the four Wastelands for this purpose.

Six years went by, and a Dutch team called Team Eternal had been trying a UW Standstill deck for a while but wasn’t obtaining formidable results. It was probably them who inspired Paulo Vitor Damo da Rosa to work on the deck. He piloted the following deck into a Top 4 finish.

The general idea is very clear: efficient removal, thirteen counterspells and the Life from the Loam engine. This core leveraged cards like Standstill and Jace, the Mind Sculptor. It also features a full set of Pernicious Deed to deal with problematic board states. The deck evolved over time, and when Mental Misstep got banned and Innistrad was released it led to the development of StillStrix.

The deck changed quite a bit, lowering the counterspell count to just eight. The deck did feature eight main deck creatures and a new manland to close games. A complete history of the deck and card selection review can be found in Eternal Central.

About six months after Standstill was revealed in Odyssey, a Block Constructed Pro Tour was held in Osaka. Only Odyssey and Torment had been released, Judgement came out two months later. The expected metagame: UG Madness, Mono Black Control, Mono Green Squirrels, and a couple of Psychatog variants (UB and UBR). Standstill was one of the strongest cards in the format, but there was no single deck carrying a full set, some decks actually featured a few in the sideboard.

One of the testing teams that was put together for this event was called The Magic Colony. It featured players like Brian Kibler, Ben Rubin, Huey Jensen and Brock Parker. All of The Magic Colony decided that the best deck for the tournament was UBR Psychatog, except for Ken Ho who decided to take an UG Madness pile that had a full set of Standstills in the maindeck. He won the event.

The core of the deck was based around the madness mechanic. It had eight creatures with efficient abilities which worked great under Standstill, thus allowing the card to become the glue in an aggro-control deck of sorts.

Landstill is one of Premodern’s Tier 1 archetypes, mainly due to good matchups against Survival, Replesnish and Stiflenought. It’s also the current European Premodern Champion deck.

Played by Jorge Larrumbide who chose a pretty stock list for the deck. After six swiss rounds and the top 8 rounds he faced the Chilean, Gonzalo Yunge in the finals. Gonzalo, was piloting a Full English Breakfast. Larrumbide decided to add a copy of maindeck Humility at the last minute, which acted as a hedge against the Survival decks that he was expecting. Some other tweaks were performed by lowering the amount of Absorb and Fact or Fiction to make room for one Seal of Cleansing and increase the total number of Impulse to four.

Although UW is the default tier 1 deck to abuse Standstill in Premodern, a different alternative in the combo-control spectrum does indeed exist.

UR Dreadstill is a deck that tries to take advantage of Standstill as a way to protect the interaction that Phyrexian Dreadnought has with Stifle (offering the possibility of getting a 12/12 trampler for 1U). The UR version has fewer control tools than the UW deck and it has the Accumulated Knowledge plus Intuition engine to draw a ton of cards or just search for a missing part of the combo.

After our little tour through the history of Standstill in all of these formats we can conclude a bunch of useful things.

It wouldn’t be a proper wrap-up without suggesting a list that I find exciting. In that regard, if I had to play a tournament soon I would try hard to make UW Dreadstill work and it would probably look a little bit like this: